Get ready for the famous Three Peaks Challenge! Hiking up the highest mountain in Scotland, England and Wales, all in one trip.

The Three Peaks Challenge claims itself as one of the toughest outdoor activities un the UK. The two-day two-night trip takes you over the most epic mountains in the United Kingdom - Ben Nevis in Scotland - Scafell Pike in England - Snowdon in Wales. Now that's what we call a hike!

This test of physical endurance and mental will power is made possible thanks to Intrepidus Outdoors. Their friendly team will make sure it's safe and will provide you with transport, accommodation and of course, a qualified guide. All your focus can be set on getting up there and back down, three times

The Three Peaks challenge begins by meeting the lovely Intrepidus Outdoors team at Edinburgh train station. You'll then head off to Fort William where your accommodation awaits you. Here, you'll get all the necessary briefing and equipment checks with your mountain leader.

This is where the fun begins! You start off with breakfast and a short drive to your first might mountain - Ben Nevis for 7 am. The first climb lasts around 6 hours. Once you make it back down, no time to relax as you'll be heading straight to Scafell Pike for an evening ascent, which will last about 4.5 hours. After, you'll be able to catch some sleep on the minibus, as you'll be taking a night transfer to the next peak.

Last but not least! On this final day, you'll have to overcome the impressive Snowdon mountain as you'll be making an early morning ascent. After, if you chose, you can grab some breakfast at Pete's Eats with the team and take a well-deserved breather. What an epic trip.

Intrepidus Outdoors will either bring you back to Edinburgh or drop you off at Manchester train station, as you prefer.

This is a serious challenge so a decent level of fitness is required.

After the challenge, Intrepidus Outdoors will either drop you off at Manchester train station or back in Edinburgh.

Participants must be at least 16 years old. 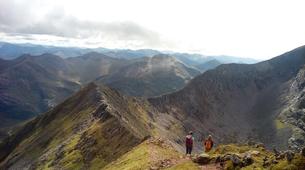 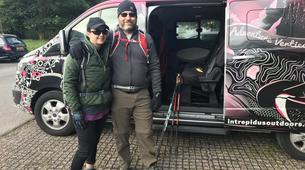 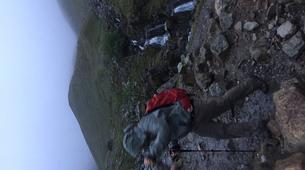 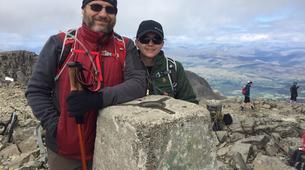 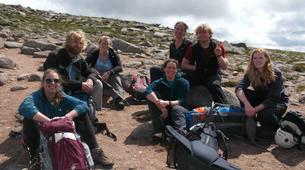