Abseiling and via ferrata excursion in Plettenberg Bay

Abseil an ancient 50 metre cliff into a riverbed surrounded by beautiful indigenous forests.

More than just an abseil, this unique double discipline excursion offers an introduction into via ferrata as you make your way to the abseil edge. It is fun, it is testing and ultimately it will have your heart thumping! Bringing with it the rewards of accomplishing a challenge!

This is an outdoor recreational activity that allows you to test your own limits, while enjoying being active in the natural outdoors.

Strive to be free!

About the activity
Throughout the activity you'll be attached at all times with the double rope abseil and via ferrata system. You'll make your way out to the abseil platform – surrounded by nature, big skies and then you'll descend a 50 meter cliff-face into the riverbed.

Your double guide-controlled descent allows you to take the time to breathe in your natural backdrops, enjoy the great views of river carved ridges and wide open skies. Feel inspired by the geological landscape and natural formation of this ridge of fingers, as you make your way down into a river valley dating back to the beginnings of time.

This neat little route is exposed, some may say it is a little 'extreme'.

Safety is taken very seriously; the double system of clipping in and un-clipping provides added safety. The ladder-like rungs take the edge off climbing, by providing foot and hand holds. Combined with the safety-line, the door to the wonders of climbing are opened.

Via Ferrata is made of metal rungs that form a ladder-like vertical pathway. Alongside this is a steel cable that provides increased safety. There are only a few via ferrata routes currently in South Africa – this one, between Plettenberg Bay and Natures Valley on the Garden Route is “the one and only” year round, professionally run operation in The Cape.

With this option you'll via ferrata the cliff top and then abseil your way down the cliff face. 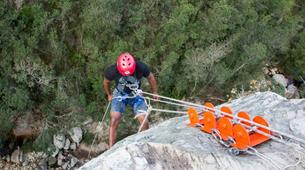 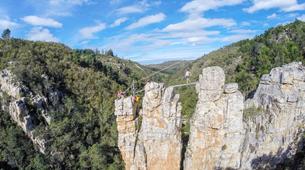 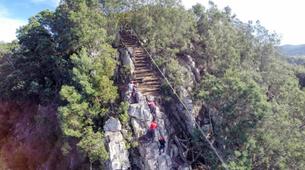 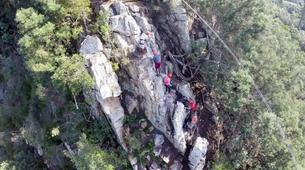 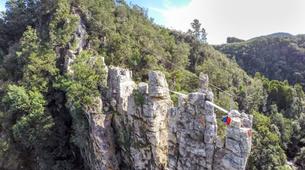 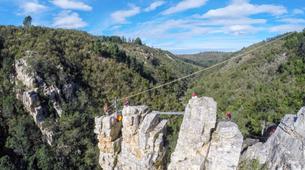 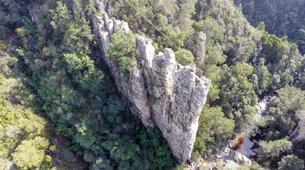 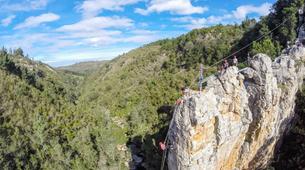 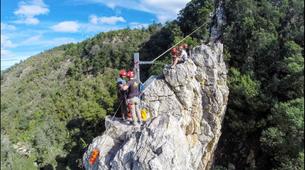 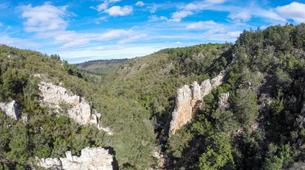 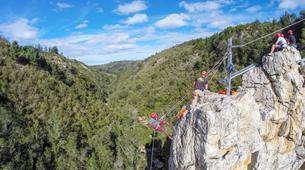 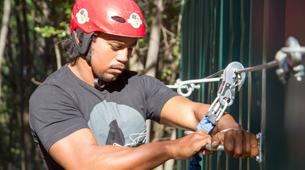 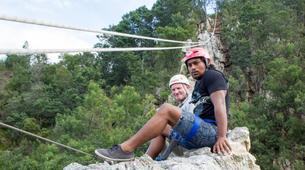 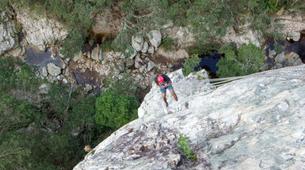 Ihre Aktivität Abseiling and via ferrata excursion in Plettenberg Bay