Sea Kayaking excursion to the sunken city of Epidaurus

Sea Kayaking excursion to the sunken city of Epidaurus
From

Organized by:
Tribal Kayak Argolida
Need help?
Call us or consult our FAQ

Discover the Atlantis-like ruins of ancient Epidaurus on this sea kayaking excursion near Gialasi beach.

In the breakwater that surrounds the ancient UNESCO World Heritage Site of Epidaurus are the fragments of a city that mysteriously slipped into the sea. Explore this question mark archaeological site from the water on this kayaking excursion near Gialasi beach. Paddle across the crystal clear Aegean and see for yourself the mysterious ruins that lie beneath the sand.

Location
Epidaurus is one of the most popular archaeological sites in Greece. A UNESCO World Heritage Site situated northeastern side of Peloponnese, in the region of Argolis, Epidaurus (Palaia Epidavros and Nea Epidavros) is most well known for its 4th-century amphitheatre and neighbouring healing centre.  The sunken city is located in the harbour city near Gialasi beach. The closest airport is the International Airport of Athens that receives domestic and international flights all year round. From Athens, visitors can rent a car or take the bus to Epidaurus.

Activity
Meet your tour guide on Gialasi beach for a full day sea kayaking excursion to Epidaurus and the sunken city. Starting from the beach, grab and snorkel and swim over the ruins of the ancient city - exploring its outer walls in the turquoise waters. The start of the sunken city is about 50m off-shore. It lies in about 10m of water, although some places are more shallow. You can snorkel over the remains of both square and round buildings of the ancient city. Returning to the beach to kit up and embark on your kayaking trip, travel along the coast and witness the Epidavros amphitheatre, paddling along the bay to dock on a secret beach where you will have lunch, swim and even have another chance to snorkel before you make your way back to Gialasi beach where your adventure will end.

Conditions
located in the East Mediterranean, surrounded by the Aegean Sea, and the Ionian Sea, Epidaurus sunken city is protected from waves and wind by a curved bay that offers ideal water visibility, calm waters and minimal currents. This activity operates using one-seater and two-seater touring kayaks. It's worth noting that the best time to visit Epidaurus is during the festival in July and August - which is also the busiest. Please note that Epidaurus is a recognised archaeological site and it is illegal to remove any artefacts.

Children must be accompanied by an adult

Please note: This tour operates with a two-person minimum - price reductions apply to groups over 5 when booking together.

Do not forget to bring
Meeting point
Yialasi beach, Panagia 210 59, Greece Get directions 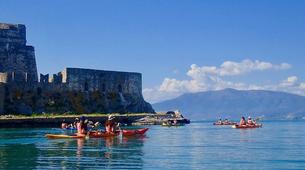 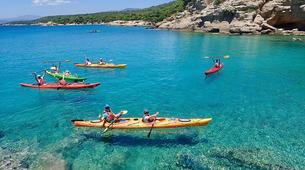 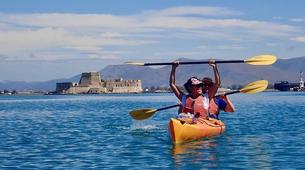 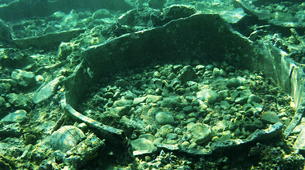 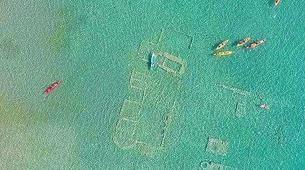 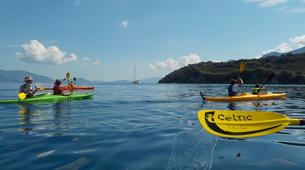 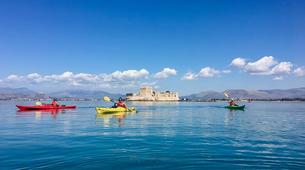 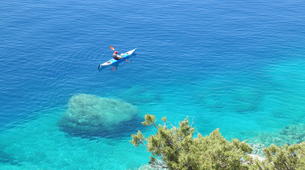 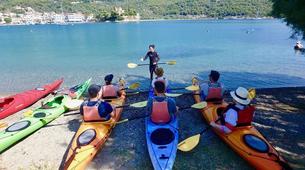 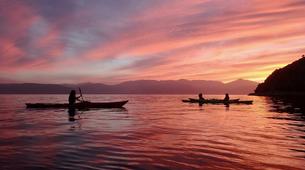 Kayaking the sunken city and around Acronafplio and the Palamide.

Your activity Sea Kayaking excursion to the sunken city of Epidaurus