Organized by:
Greek Adventure
Need help?
Call us or consult our FAQ

Hiking inside the world's deepest canyon! The Vikos Gorge in Zagori, Ioannina, with a length of 20km (12mi), walls that range from 120m to 490m (400 to 1,600 ft) deep, and a width that ranges from a few meters at its narrowest part to 400m (1,312 ft) at it widest, is listed by the Guinness Book of Records as the deepest canyon in the world in proportion to its width. The main part of the gorge stretches from the village of Vikos to Monodendri and attains a depth of about 1,000m (3,281 ft).

Our hiking tour will start from Monodentri and will finish at Vikos village. The landscape of the 20 km long gorge, 12 km οf which belong to the park's core zone, presents a diverse relief and is characterized by abrupt altitudinal changes. Steep slopes and precipitous rocky cliffs dominate in the middle and higher zones respectively. Numerous gullies dissect both sides of the gorge and the movement of water detaching various rocky materials creates extended screes.

The gorge, with a northwest-southeast direction, has been carved over millions of years by the Voidomatis River, a tributary of the Aoos. The Voidomatis is mostly seasonal, with year-round flow occurring only in the lower part of the gorge (see our proposed Voidomatis rafting activity too). As the Vikos Gorge is a deep cross-section, its slopes expose a series of rocks of different age. The upper layers consist of limestone formations, while the lower ones of grey dolomite. A special feature of the limestone, resulting from its chemical weathering to water, is its caustic nature. Since limestone dissolves as the water percolates through its pores, an extended underground drainage system is developed with caves and channels that enlarge with the time when their roofs collapse producing rocky exposures and perpendicular slopes. For the same reason, the water is scarce, and only when an impenetrable stratum is met, the water appears on the surface. This hiking activity has a difficulty grade of 4 and could require some route-finding skills. 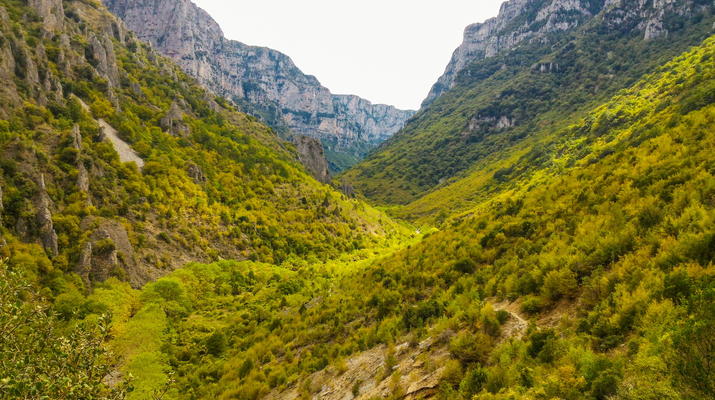 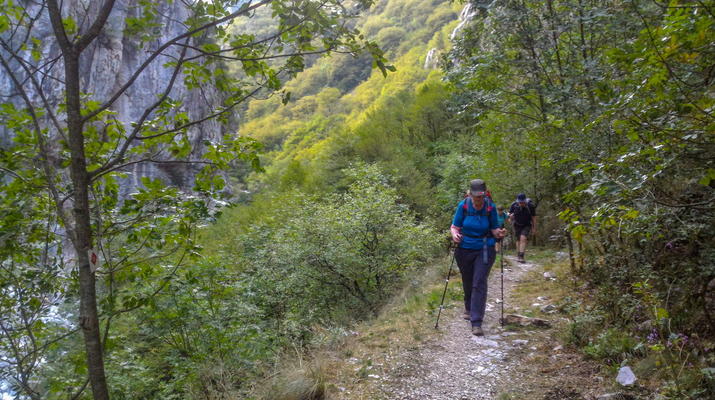 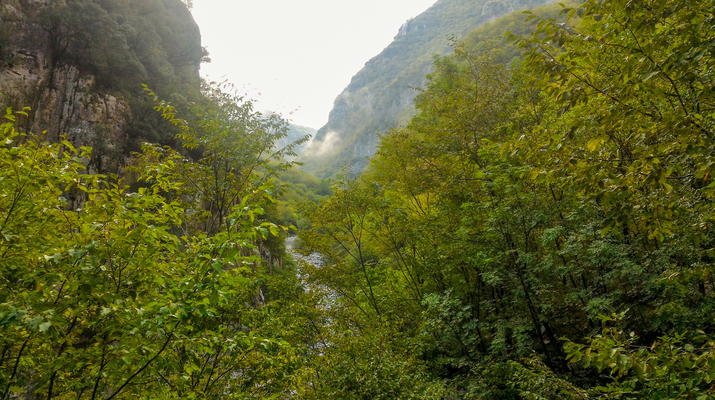 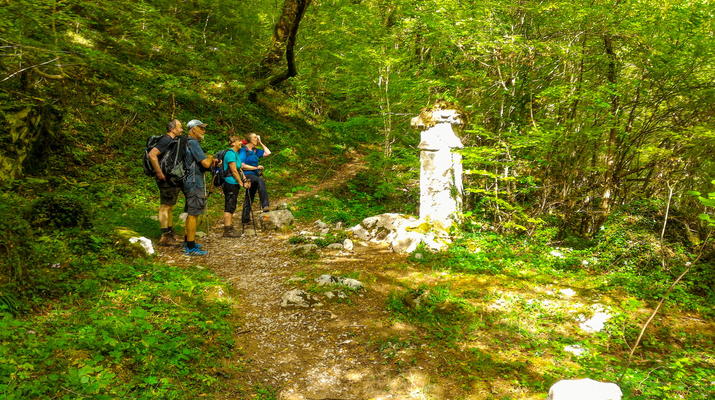 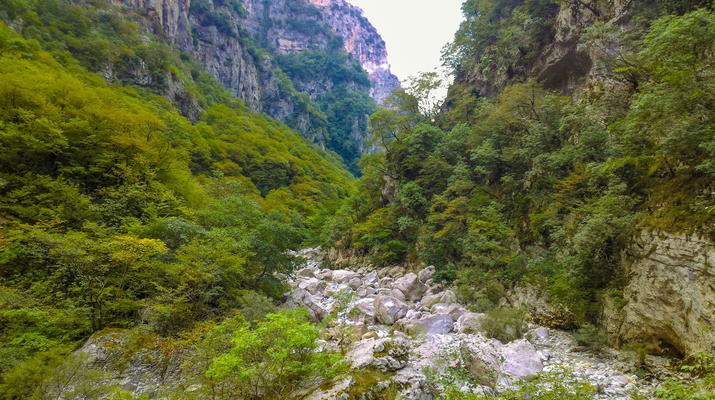 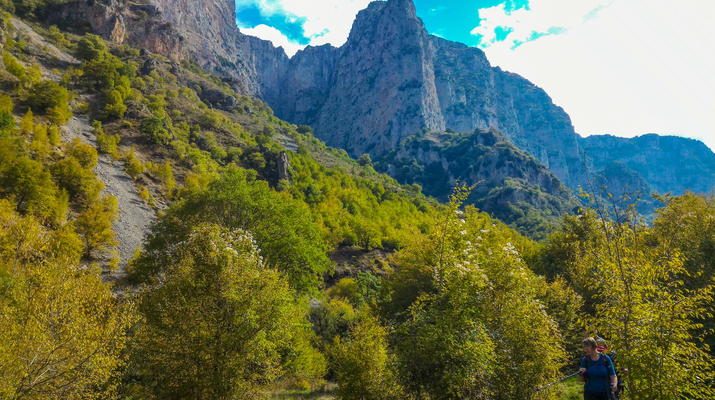 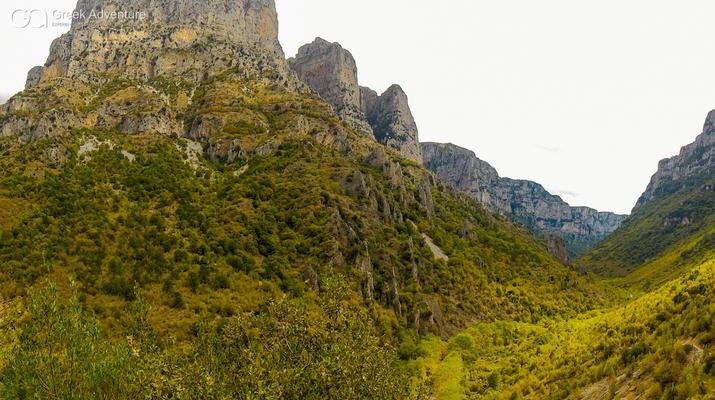 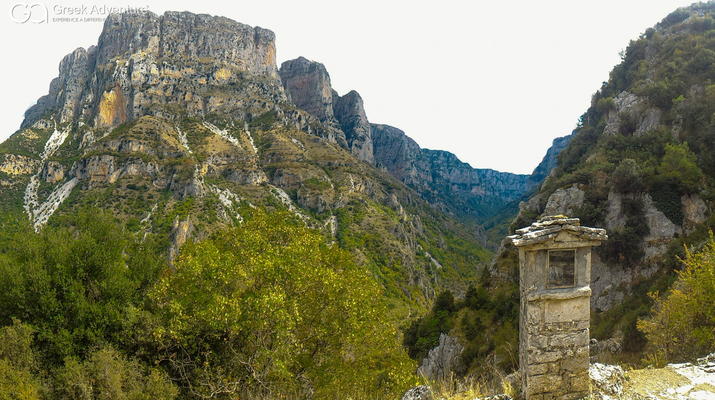 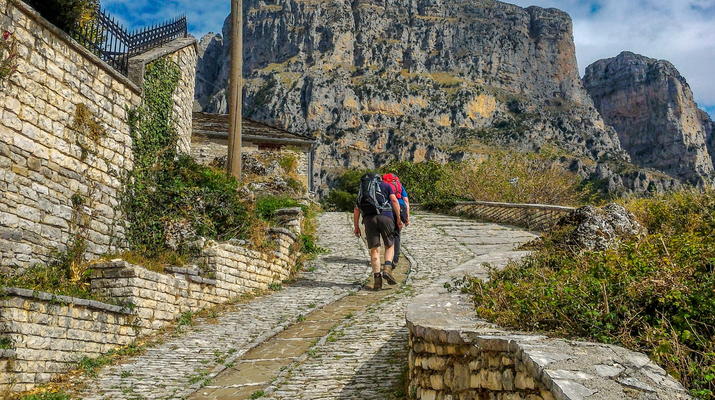